A lot has happened these past two months. But that’s not abnormal. It’s kind of an intimidating thing: attempting to give an accurate summary of my past several weeks. So much happens here so quickly that by the time I’ve processed something and feel I could write about it, something else has come up and the old something is no longer relevant. When you’re really busy, time does fly.

April zoomed by. We started the month with an awesome camping trip to Cedeño, a small beach town in the Gulf of Fonseca off the southern coast of Honduras. I went with all the boys of the Ranch; there were separate trips for the girls and the little ones. We rode the waves, ate fried fish, and slept out on the sand. It was a beautiful time, really. I wrote a news article on the trip, so please click here to see the article and hear more of our trip.


After the camping trip we returned to the Ranch with a week break for Semana Santa, the Holy Week leading up to Easter Sunday. The kids were out of classes and we had more free time than we could deal with. Yes, the kids still worked a lot, my boys mainly clearing out huge roots from a large field that will eventually be used as a new vegetable garden. During downtime I usually brought my computer and projector to hogar and we watched a ton of movies, back to back to back. Man, they love to watch movies here. We viewed mostly crumby B action flicks since they’ve seen every Hollywood film you could possibly image. The week culminated with Easter Sunday, where the
whole Ranch processed to church with candlelight
and attended a 4 AM vigil mass as the sun rose.

Things in hogar have been good. I try to spend some time with each individual kid throughout the week. Although sometimes it's hard since there are 18 of them and some are more social than others. Lot's of school and work as usual. I was recently sent a box full of South Soccer shirts that I gave to them one night (thanks, Mom!). They subsequently went absolutely crazy. I think I took over 100 photos of them in their new shirts that night being ridiculous.

I also recently got to spend some quality time with Chele, the tío (caretaker) of my hogar outside the Ranch. He and his wife, who also works at NPH, invited fellow volunteer Jen and I to a picnic at a nearby creek by their home. They played host and prepared us a delicious lunch with fried Tilapia as the main course! There were these small, but DEEP pools of water which you could jump into from a-high. We had a photo shoot (see flickr!).

One of the biggest things to happen lately was the surgery brigade. For one week we hosted a diverse team of medical personal from the US at our on-site Holy Family Surgery Center. It’s actually through the surgery brigades that I heard about NPH, as the majority of the team comes from the Twin Cities and my uncle, who is an anesthesiologist, often is a part of this group. This specific brigade brought doctors and medical personnel with a wide range of specialties; general, orthopedic, pediatric, ear, nose and throat, and gynecologic surgeons.
It was a long, but interesting week. Each day I went down to volunteer, working at first as a medical translator, assisting the doctors as they assessed the patients to see if they were appropriate for surgery or if another type of treatment could be administered. This was fascinating to say the least. I would listen to patients who have had problems that they've lived with for years; Unattended gunshot wounds, broken bones from motorcycle accidents, injuries that have been infected for over three years. And then a whole lot of people with severe arthritis - I think I saw over 100 cortisone shots to knees and elbows that week.
When the consults were over and surgery started, I switched over to photographer and took a lot of photos and video of the visiting medical team for them to use for their website and personal purposes. It took a little gettin-used-to, being in the room as real live people were opened up and worked on. But it really was a very educational experience overall.  Here’s a news article I wrote about the April Brigade. I also created this short “patient story” video for the NPH youtube channel:


Still working away in the office...

Work has been work. More of the same mostly: responding to the many requests of the fundraisers abroad while also trying to keep up with my own monthly duties. Taking tons of photos as usual at Ranch events. The video component has been picking up; doing a lot of "thank you" videos for donors and also a monthly video about a Ranch topic of my choosing. I recently followed a child, Alber, for an entire day to fulfill a "Day in the Life of a Child" assignment for the German fundraising office. I had to take many photos of him throughout his average day so that potential donors can know how our children live here. I also took this opportunity to record video and make this short vignette of Pequeño Alber. He is such an awesome kid. Take a look!

Volunteer life is good. Going by unnaturally fast as usual. It's crazy to think that the old group will be leaving soon and we're getting a new group of volunteers in less than a month! Life in the house is fun. We recently had a pretty festive party in which we called a “cuarto crawl”. Each room in the volunteer house had a different (secret) theme and corresponding game. We spent around 20 minutes in each room and then we passed on to the next. It was some serious entertainment. My room was jungle themed!


Oh yeah, and choreographed dance… The Ranch recently celebrated “Día de Buen Pastor” in which we had a day of games and night of activities. The volunteers decided to perform a dance in front of everyone. Check out the hot babe in the black dress.

Dressing in drag is quite the trend on the Ranch these days. The boys here think it’s very hilarious to put a dress on and act a fool in front of everyone. So, after seeing both the caretakers of my hogar and half my boys prancing around in woman's attire, I found it surprisingly unembarrassing to follow suit. 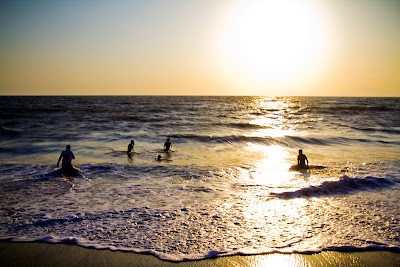 I’ve been more regular about posting photos to my flickr. So continue to check for photo updates since I am better about that than blogging. Here’s some examples. More to come soon. 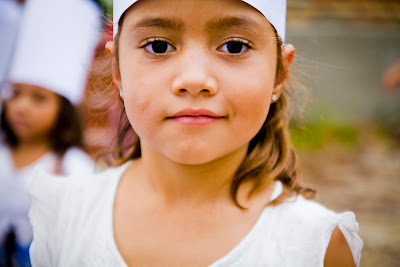 Posted by Hunter Johnson at 2:14 PM